There is no doubt that the biggest story to come out of the A-League this season has been the resurgence and dominance of the Central Coast Mariners.

For far too long, the Mariners have been the laughing stock of the A-League. Poor results and even poorer off-field issues plagued the team for the better part of the 2010’s. But under new manager Alen Stajcic, the Mariners are flying high at the top of the A-League ladder, 6 points clear of 2nd place, Western Sydney Wanderers.

And there is no doubt that these results are a consequence of a consistent team effort. Every player plays their role to perfection for the Mariners. Every player is intent on winning the football back and breaking quickly; every player is intent on putting in strong challenges and not allowing their opponents any easy time in possession. And at the heart of this unionised pursuit of success is a man who I believe has not only been the best player for the Mariners this season, but also, I believe, the A-League’s Player of the Season.

Why Bozanic? The Mariners have so many standout players who some may argue deserve a shout over him, the likes of Ruon Tongyik or Alou Kuol. And in a more general sense, there have been other players in the league who have had stellar seasons this year, Jamie Maclaren for instance.

But for me, Bozanic has been the Player of the Season.

I see Bozanic being in the same situation that Jordan Henderson, captain of Liverpool, found himself in during the 2019/20 Premier League season.

Both players are similar in their playstyles and roles within their respective teams. And if famed former Manchester United star Eric Cantona was to describe their playstyle, he would probably describe it in the same way that he described former French captain and World-cup winner Didier Deschamps. He would call them ‘water-carriers.’

And perhaps stylistically that is what they are, ‘water-carriers’, players who win possession and delegate it to their more creative teammates.

Bozanic, unlike many of his other Mariners teammates, has not attracted the huge headlines this season. The likes of Matt Simon and Alou Kuol have, perhaps rightly so; after all, the pair of them have scored 12 of the Mariners 22 goals this season so far.

Elsewhere on the pitch, Ruon Tongyik has staked his claim as one of the best defenders in the A-League this season, and the diminutive Josh Nisbet has also turned into one of its great stories.

But the piece that links all these four players on the pitch, the man who glues the league leading Mariners side together, is their captain, and ‘water-carrier’, Oliver Bozanic.

In his 973 minutes this season, Bozanic has made 11 interceptions, won 27 tackles at a 77% success rate and averages 6.9 recoveries per game, fantastic statistics for a defensive midfielder.

Bozanic’s game, much like that of the Mariners as a whole, is not just centred on an individual approach, but rather a collectivist approach to defending and attacking. It’s this strength in unity that sees them leading the League. The Mariners have conceded just 13 goals this season, with the second best defensive record in the league. At the heart of their unified defensive structure is their captain Oliver Bozanic.

Bozanic averages 54 accurate passes per game, which is just over 17% of the Mariners average passes a game, further highlighting his importance as the ball progressing vessel through which the Mariners attack functions. Bozanic is the best in the league at receiving the ball deep in his own half and picking the right pass, whether it be a simple ball out wide or a long ball into the channels for his striker. And it is this simple approach to his game that aids the players around him.

Because for all the glamour that is associated with the pace and flair of Alou Kuol or Daniel De Silva, there is Oliver Bozanic feeding them the ball in the right space at the right time, or winning the football back once they lose it.

In one of the youngest sides in the A-League, it should come as no surprise that their best player is one of their oldest and most experienced footballers. Bozanic blends the perfect mix of grit and poise to not just elevate his own game, but also the game of the players surrounding and the team as a whole.

Do not let the statistical side of the game skew your vision. Oliver Bozanic may not have the glory that comes with a plethora of goals and assists, and he may not cover every blade of the grass on the pitch, but he is in the right place at the right time, always, making the right move.

And that is why he is the A-League’s Player of the Season. He is the most crucial player in the best team in the League. 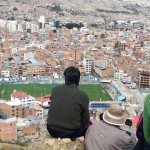